How to choose the best jack plane?

Characteristic of the best jack plane

Most important characteristic of the high quality and multifunctional jack plane are largely the same as that of smoothing and jointing planes:

By combining the low-angle jack with cheap vintage Bailey no.5 jack you get the most bang for your buck! Veritas Low-angle Jack image by: Veritas tools

The best jack plane for the money – which one offers the best value for the beginner?

This is going to be little radical suggestion: You get the best bang for your buck by buying two planes, yep you read it right: Get the Low Angle Jack from Veritas for smoothing, jointing and shooting board use and vintage No.5. Stanley Bailey Jack plane or its copy for roughing use, there are plenty of used No.5. to be had for almost nothing. I have bought a couple for 10 euros. Total cost is still below the new bevel-down No.5 Jack from Veritas or Lie Nielsen. You get the most benefits and the best of both worlds when you have two planes always ready for their designated tasks, one ready to hog wood and another set-up for jointing and smoothing. And even better if you buy spare bevel-up blade/iron with steeper bevel angle for those curly and otherwise tricky woods.

Reasons for my radical suggestion are the following:

The Low-angle Jack plane can be had for less money from brands like Quanshen, Axminster, Bench Dog, Wood River, Dick etc, but there is some quality variation between samples and one should be prepared to do a sometimes substantial amount of fettling and setting up work before the plane works as it should.

The beginner should really invest in quality when getting his/her first plane, so it will work without glitches. Anyway, every beginner needs to learn how to sharpen the plane blade/iron and it is big enough skill to learn at first. If a cheaper plane is acquired that is in a need for the serious tune-up, it may be that the plane is left on the shelf to gather dust when the user doesn’t yet have the required skills to set it up. The beginner should thus invest in best quality when buying the first plane.

Best of the best among the Jack planes is The Lie Nielsen No.5. Jack Plane. Image by: Lie Nielsen Toolworks Inc.

The Jack plane candidate for the title “The Best Jack Plane overall” is a plane that works equally well in all the different tasks, in dressing the timber to size, jointing the edges and faces true, smoothing the surface ready for finish and even in shooting tasks with the shooting board. This requirement list drops out all the bevel-up jack planes and narrows the candidates to only a couple of bedrock type planes. The bevel-up planes excel in all other tasks but in fast removal of material when rough sizing the timber.  The common bevel-down bedrock type jack planes, on the other hand, can be set to work beautifully in all of the aforementioned tasks.

The traditional jack planes made by Lie Nielsen, Veritas and Clifton are all meticulously manufactured with precisely machined and finished parts and all the end user needs to do is to hone the blade and he is good to go. Even though I do not own any of these planes, the amount of information found on the internet points to a single winner.

The Lie Nielsen No.5. Jack is quality-wise the best of the best among the jack planes. Its design is based on the late Stanley Bedrock No.605 Jack Plane and the fit and finish are superb. The quote from the high-profile review/tool test comparing almost all of the Jack Planes on the market says it all:

“The Lie-Nielsen No. 5 was very well-machined overall, with lateral and depth adjustments that had the least backlash of any of the Bailey-style planes.” “The sole was flat and the sides were square.” “With a quick honing of the blade, this plane cut very well and adjusted easily between fine smoothing and heavier flattening” – FineWoodworking Magazine Nov/Dec 2015.

A vintage jack plane is the best choice for fast sizing timber with a heavily cambered blade. I bought mine for 10 euros. It has lost its lateral adjuster and frog adjuster screw, and it has an ugly thick tote but it is still perfect for “scrub” type work.

Best jack plane for flattening and roughing use?

Many times it is sensible to nominate one plane for really rough use. Any vintage or cheap new No. 5 can be used for a rough hogging and fast removal of wood. Old Stanley Bailey or its copy, new rough Chinese, wooden bodied, it doesn’t really matter. Sole straightness is not important when the depth of cut is deep and the blade is heavily cambered. In the old days, there was a dedicated plane type for this, it was called the scrub plane and it has become rare in modern workshops. Old and weary No 5. can be set as a scrub plane with a steeply radiused blade and the big mouth. The mouth can be opened with a file if needed.

The cutting geometry of the low-angle plane prevents the sensible use of heavily cambered blades/irons.

Low angle bevel-up type jack planes are not suitable for rough work. The cutting geometry of the low-angle plane prevents the sensible use of heavily cambered blades/irons. The necessary camber is so big that the grinding of the iron takes ages. And with a price of one thick replacement bevel-up blade/iron, you can buy a couple vintage baileys that are better suited for hard work. Save the bevel-up jack for finer precision work where it really shines.

The Lie Nielsen Low Angle Jack with Hotdog works great with the shooting board. Image by: Lie Nielsen Toolworks Inc.

Best jack plane for shooting board?

The best jack plane for use with shooting boards is by far the low-angle/bevel-up jack plane. Its low blade bedding angle (12°) with blade bevel (25°) makes the combined cutting angle mere 37° which is great for end grain planing. The lower the total combined cutting angle, easier and cleaner the plane cuts and shears across the fibers. A spare blade with higher bevel angle is useful to have when shooting along the grain. For the shooting board use, the bevel-up blade should be left straight with no camber. Another important feature to check is the squareness of the sides to the sole. If they are out of square then the plane is useless as it can´t cut square ends or side

You should also get the “Hot Dog”-grip which enhances the comfort and ergonomics when using the jack plane on its side with a shooting board.

Smoothing is the most demanding planing genre, especially for the longer planes. Straightness requirement of the sole is very strict, and the sole needs to be totally flat, even the slightest deviation can hinder the function and quality of the plane when cutting as thin as 0,001”/0,025mm shavings. If the jack plane is to be used as a smoothing plane then I recommend getting the best of the jack planes to ensure the best smoothing operation. Otherwise be prepared to spend some serious time with lapping the sole, frog, blade and cap iron/chip breaker and ensuring that there is not the slightest play with the parts of the plane. The accuracy of adjusting mechanism is also paramount when smoothing with any plane.

The Veritas 5-¼ is made from ductile cast iron and has the ingenious adjustable frog with a sturdy and accurate Norris-style combined feed and lateral adjustment mechanism. The frog extends right through the sole ensuring stable blade support also in narrow mouth setting. The plane comes with a superior quality PM-V11 blade that sharpens easily and keeps its edge for a long time.

Veritas planes are known to be accurately milled to close tolerances and are sure choice for the quality-conscious woodworker.

The reviewer of the FineWoodworking magazine awarded the Veritas 5-¼ Junior Jack plane as the best value:

“The Veritas 51⁄4 W had a great overall fit and finish. The Norris-style adjuster was tight and precise. The blade was flat, easy to sharpen, and withstood the bench-flattening test with barely any dulling, unlike some of the other blades. The stamped chipbreaker set up well and mated tightly to the blade.” – FineWoodworking Magazine Nov/Dec 2015.

Still interested about the dedicated smoother? Check my guide, how to choose the best smoothing plane.

The No. 5 ½ Jack Plane – the Panel plane smoother?

The English woodworkers have traditionally used a plane called Panel Plane for smoothing large surfaces. Jack plane No. 5 ½ is almost exactly same size as the English Panel Plane and it is perfectly suitable as a smoothing plane providing that the sole is dead flat and the blade and the cap iron/chip breaker are suitably shaped and set. David Charlesworth is the most noted craftsman who has named the No 5 ½ jack plane as a “Super Smoother”

There are currently a couple of very high-quality low-angle bevel-up Jack planes on the market. Generally, the planes that are considered the best in reviews and articles and widely recommended around the web are the Veritas Low-Angle Jack Plane No. 62 and the Lie-Nielsen Low-Angle Jack Plane No. 62. Both are improved copies of the Stanley No.62 block plane that was originally used for cleaning the end-grain face of the butcher block. I don’t personally own neither of them yet but have done extensive research about them.  The two jack planes are very well machined and well-functioning quality tools but there are some important differences:

The Veritas Low-angle Jack Plane No.62, the copy of Stanley with modern flair.

All things considered, personally I recommend the Veritas Low-angle Jack plane. Its modern and well-thought controls, higher weight, and better-quality blade (when bought with the PM-V11-steel) tip the scales to its favor. The Lie Nielsen Jack Plane may work better in smoothing function due to its shorter and narrower sole but I prefer the Veritas ingenuity more.

The both The Veritas No.62 Low Angle Jack and The Lie Nielsen No.62 were awarded The Best Overall in FineWoodworking magazines tool test:

“This plane was machined well, and the Norris-style adjuster was spot-on.” ” The sole was flat, the sides were square, and the PM-V11 blade sharpened easily and took a beating without flinching” FineWoodworking Magazine Nov/Dec 2015. 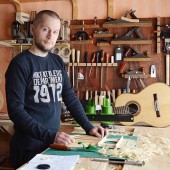 How to sharpen cabinet/card/hand/wood scraper?

A primer for the hand planes

Block plane – the best tool for many trades